Games are undoubtedly one of the most important category for mobile apps. And we strongly believe we have only seen the beginning of the explosion that is to become mobile gaming. As games permeate from entertainment to education, there are several indicators indicating the action is moving to a smaller screen. 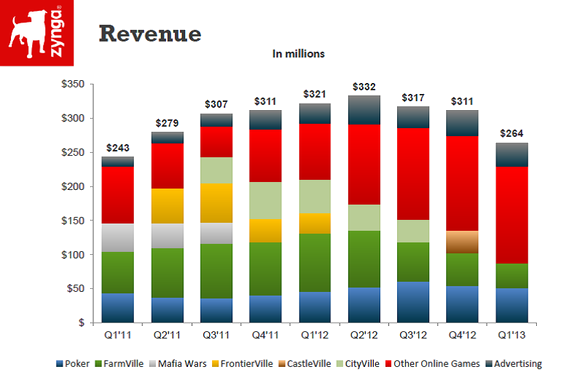 An excellent article in The Motley Fool blog discusses the fate of Zynga. Zynga has seen huge drop in revenue numbers as they struggle to stay relevant. Partly this may be lack of new titles, partly a drop in interest on Facebook – but mainly it is because they see all the action moving to mobile.

As referenced in the article: “Smart phones are the go-to market for literally any struggling software company, but more importantly Mark Pincus believes that social video gaming may be more successful in the mobile space” – we tend to agree with Pincus. The ultimate social device surely should be the most suitable for social gaming.

Moreover though, we expect not necessarily the battle of mobile vs console to be the main issue, rather we expect a multi-screen/multi-device experience, where all released titles whether online or on console will have a mobile component. The experience may be replicated in full or in part, but that depends on the type of game and the experience the developer is trying to create. Successful games companies in the future will become expert in cross device user engagement – and that engagement will vary depending on device and context.

The hindrance? Payments
Payments hold a key for revenue generation on mobile. Strict demands from app stores and/or mobile carriers to use their payment SDKs, means maintaining multiple SKUs and payment integrations, something most developers do not have resources to go after, other than the big guys. Luckily, a solution may be in the works — but more on this in a later post.

We’d love to hear your thoughts on this. What do you think the growth in mobile gaming will be? Take our poll: