The UK consumer games market reached a record figure of £7.16 billion in 2021 – growing by 1.90% from the previous record of £7 billion recorded during the height of the Covid-19 pandemic in 2020. Compiled with the support of our data partners ABC, The BFI, GfK Entertainment, Kantar, OCC, Omdia, Nielsen and NPD – alongside analysis from Ukie’s insight and innovation team – the valuation provides a detailed examination of the size, scale and make-up of the country’s consumer games market. 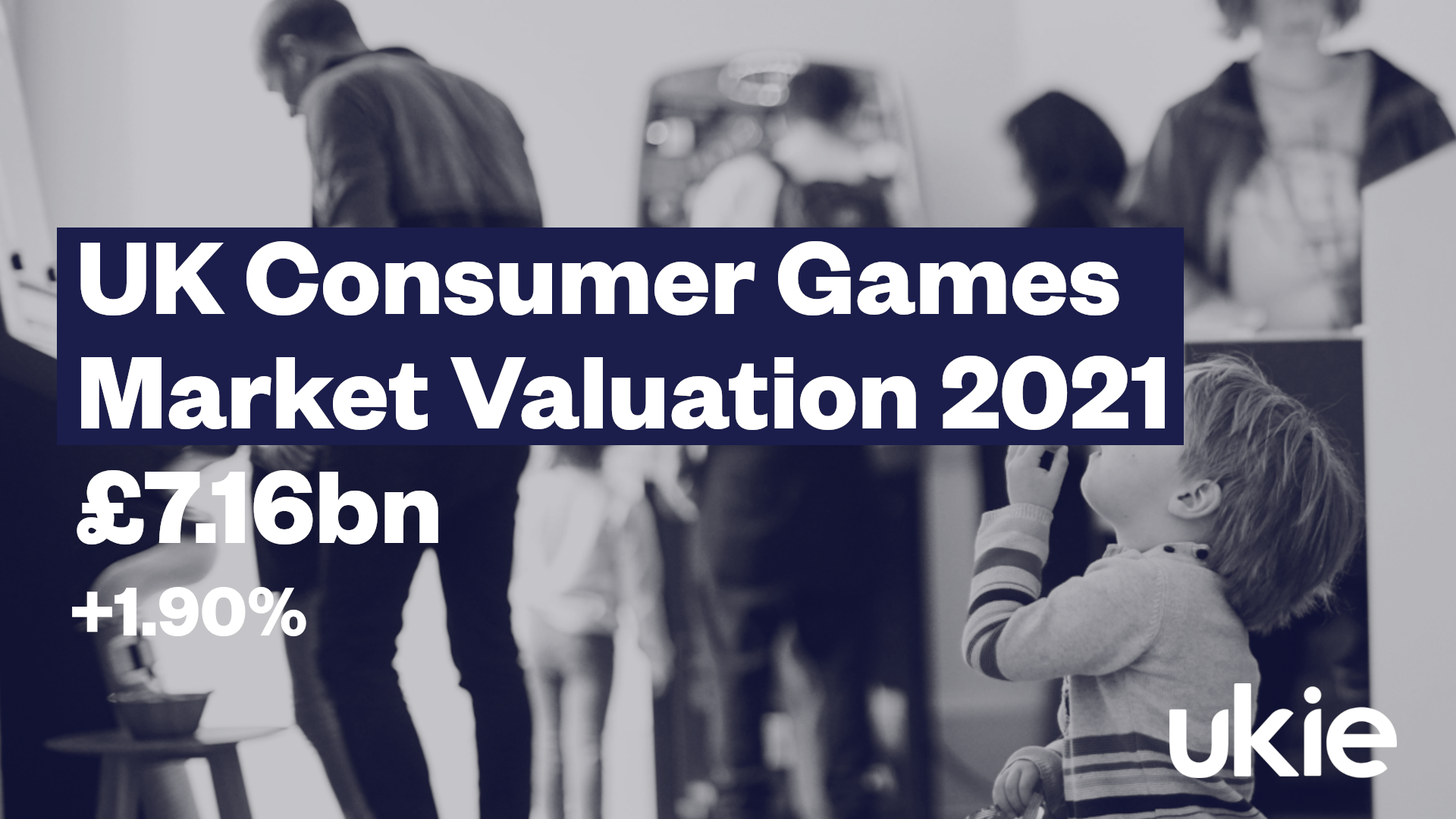 This valuation covers the following:

How much money was spent on game hardware in the UK in 2021? 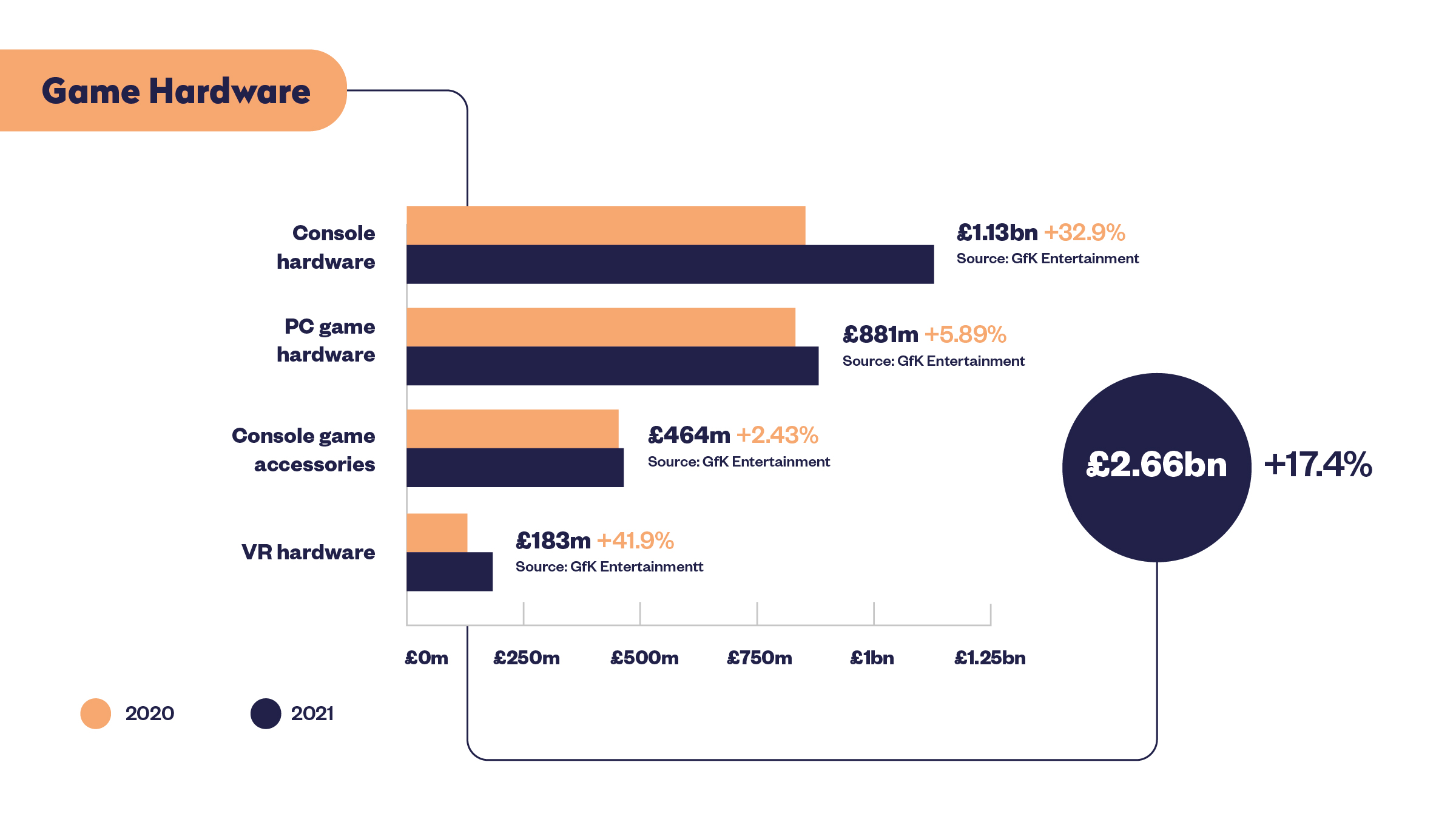 How much money did consumers spend on video game software in the UK in 2021? 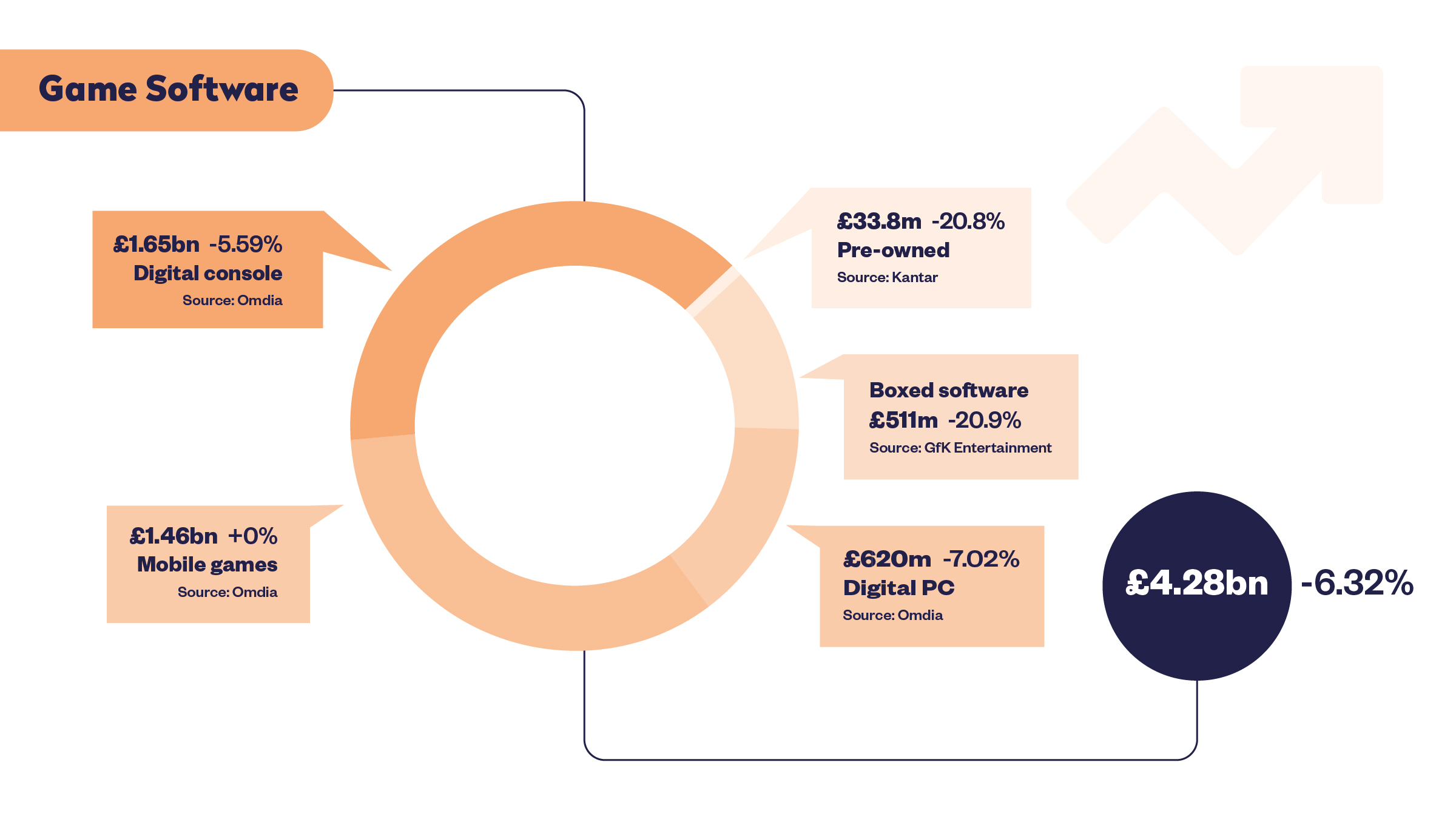 The consumer game software market was valued at £4.28 billion in 2021. This means that spend declined by 6.32% in comparison to 2020, but has grown 11.4% in comparison to a £3.84 billion total from revised 2019 figures. Mobile game revenues held steady at £1.46bn with the market less affected by the lack of major new releases that hit both the console and PC market. Spend on digital console games reduced by 5.59% to £1.65 billion, with digital PC revenues down by 7.02% to £620 million.

What did UK consumers spend on video game culture in the UK in 2021? 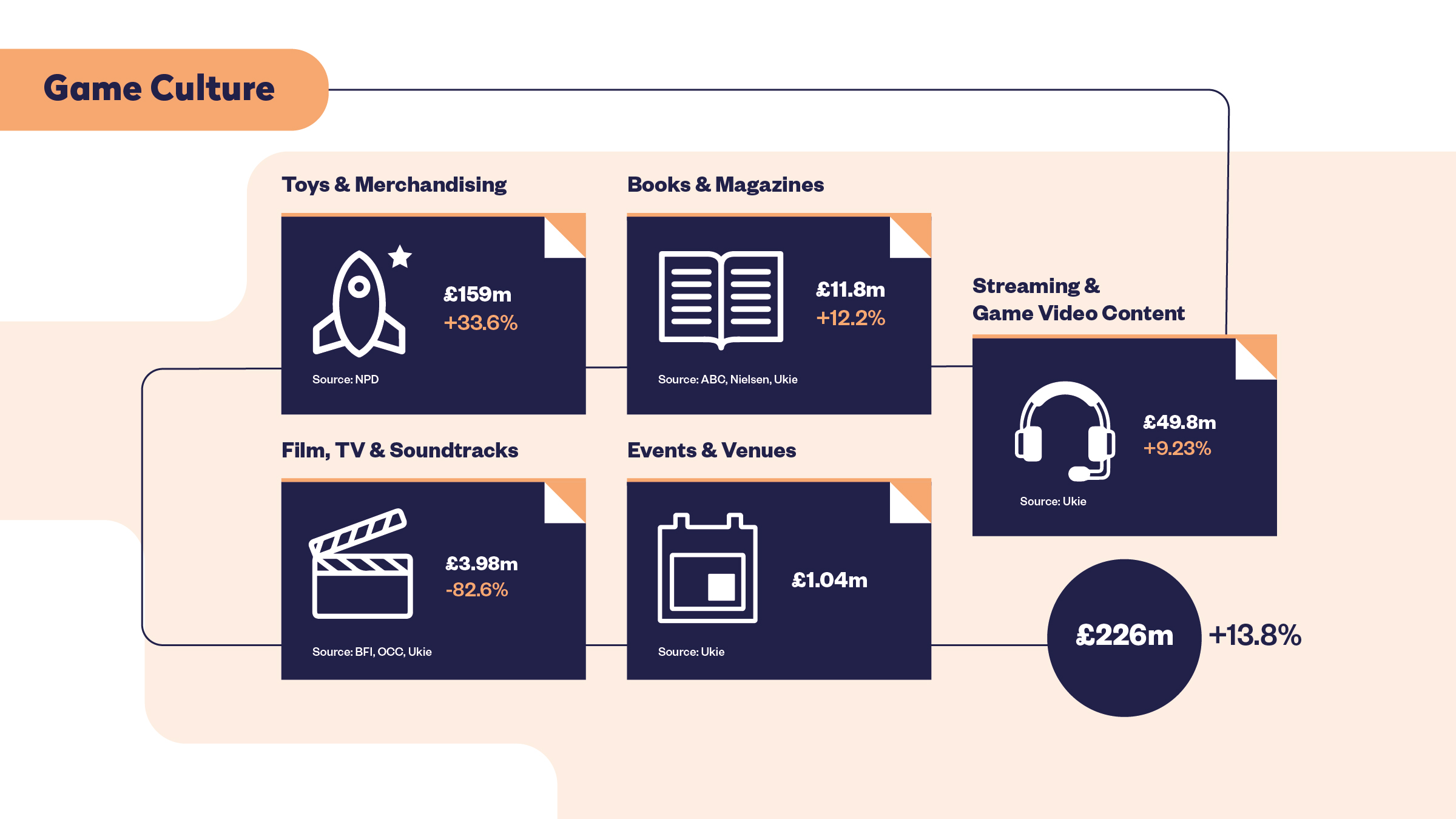 Spend on video game culture continued to grow in 2021, increasing by 13.8% from 2020 to reach a total of £226 million. Revenue in the Books and Magazines as well as in the Streaming & Game Video Content categories also both grew. While sales of Toys & Merchandising were the biggest factor in the growth in games culture spend.

Melissa Symonds, executive director of UK Toys at NPD said “Video and digital game-related toys have seen consistent double-digit growth in the UK for the last three years and are now 5% of total UK toys sales”

Dr Jo Twist OBE, CEO of Ukie, continued: “The UK consumer games market has consolidated effectively following significant growth during the Covid-19 pandemic. The UK is a nation that loves its video games, and we should be proud of the positive contribution this sector makes to the economy, to our culture and to wider society.”