The perils of in-app billing

The selling of digital goods from inside your app with ‘in-app billing’ is a very good business model to aim for as all signs point to this ‘freemium’ type of model being the most successful strategy for selling content on the app stores, in particular for mobile games. The growth has been tremendous, and in fact Google just announced a 700% increase in the in-app billing volume since last year. 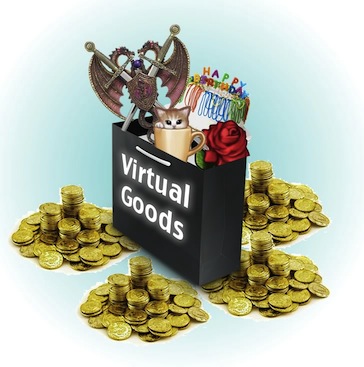 Virtual Goods (Source: MIT Enterprise Forum)Google actually offer developers a direct way to manage a catalogue of digital goods in this way using their own billing systems, and have tightly integrated this within Google Play and Google Wallet. This is likely capability that Google acquired when they bought the digital goods catalogue company Social Gold. The company never continued, but the technology, at least in part, seems to have been absorbed by Google Play.

The functionality is easy enough to use, and you will no doubt on the surface save a lot of coding by choosing this method, but in doing so, you basically create a 1:1 relationship between your app and Google Play. In order to grow your user base (and not be 1 in a million) and give your app the best chance of success though you need to go well beyond just Google Play for distribution.

If you have used this feature from Google, although it probably saved you some development time, you will not be able to easily transport your in-app billing to other stores, so to manage this you would need to then replace this billing setup with an alternative method of managing a shopping cart system to allow for purchases on any other stores.

Then you still need to manage the necessary steps of adding the varying billing APIs for each new store you want to be on (i.e. add the Samsung SDK to be on their store), so there is a lot of work for you as a developer to have an app that can support in-app purchases across multiple stores.

Our advice is to start looking for solutions that help you manage your digital catalogue billing across a wide range of stores from the very beginning. There are plenty of vendors around such as Playerscale and Live Gamer, all with different capabilities and associated costs. While you still need to resolve the multiple in-app billing SDK connections to your billing system, you can at least be sure then you have not limited your apps potential and have the ability to scale as you grow your distribution to new stores.

Simon Slee is an experienced veteran in the mobile games industry. Simon is currently VP of Publishing for Fei Hu Interactive, a Chinese based, cross platform, mobile & social developer of free2play games, including the upcoming title ‘Prisonhood’.