2022 Predictions #1 The King is back, Merge overheats and Hypercasuals falter 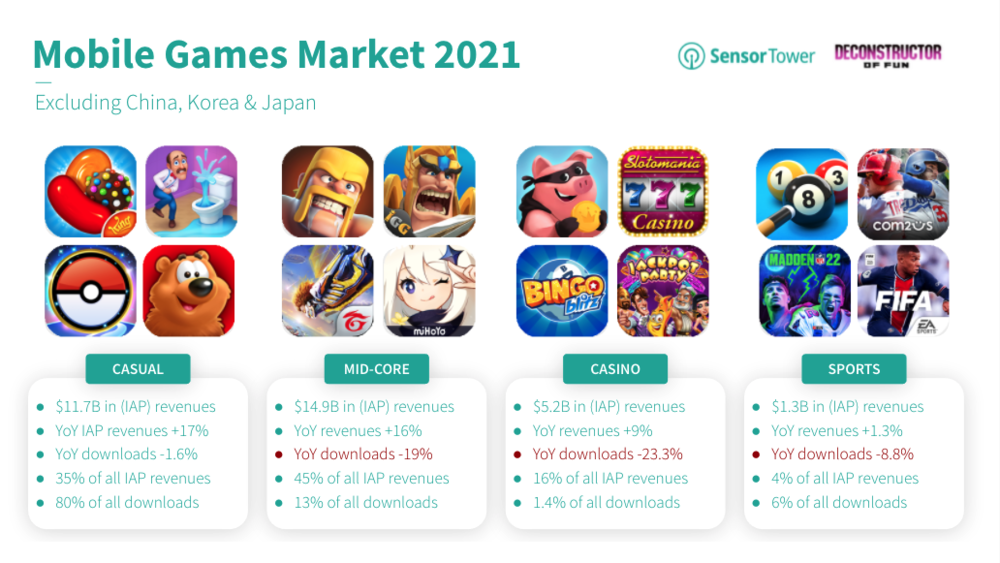 It’s been a while since Hypercasual became a genre that was big enough for the mobile gaming business to talk about. Although this was the case, most people looked at Hypercasual games and the whole Hypercasual ecosystem like a “phase” that was going to collapse at one point. The reason, of course, is that the look and feel of those games were inferior to other games on the market according to the general expectations from mobile games. So, when COVID-19 fueled the entire gaming business throughout 2020, Hypercasual was expected to be affected the most by the world returning back to normal in 2021 because of having games that mostly rely on the number of downloads with ridiculously low LTVs.

However, having a ridiculously low LTV also means having an equally, or even more, ridiculously low CPI which brings a lot of downloads along with it! At the end of the year 2021, the year that followed one of the biggest surges in mobile gaming, Hypecasual was the only genre that grew in downloads with a 15.4% YoY growth. 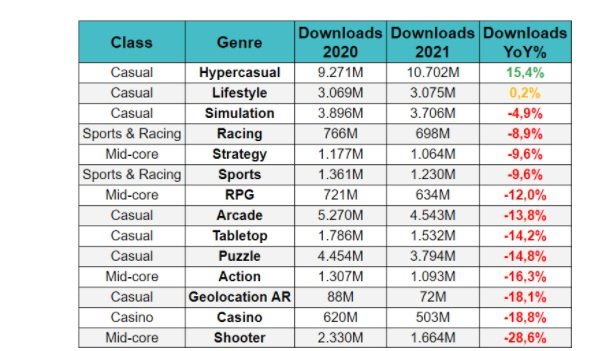 This is just a piece of summary that the Deconstructor of Fun just released. With the help of Sensor Tower data, they have divided the casual game into seven genres: Puzzle, Hypercasual, Arcade, Tabletop, Simulation, Lifestyle, and Geolocation. These genres are then further divided into sub-genres allowing to compare similar games (in terms of features and to some extent audience) to one another.

As a whole, Casual Games stand for 80% of all mobile game downloads and 35% of In-App Purchases. Hypercasual games alone are estimated to generate $3.4B in ad-monetization revenue.