Let’s face it, your app is probably a commodity. As noted by Wikipedia, “a commodity has full or partial fungibility; that is, the market treats its instances as equivalent or nearly so with no regard to who produced them.” In basic English it means that your product can be easily replaced in part or completely by another to satisfy the needs of the market. For 99% of apps out there this means that if a user doesn’t find your app, they’ll pick another one that they think fills the need they’re looking to satisfy. This the same whether your app is a game, a productivity app or any other category.

As the app ecosystem has evolved the challenge of reaching consumers for app developers has grown more and more difficult. From a technical perspective the promise of reduced fragmentation hasn’t panned out even with so many OSs already sitting in the graveyard and others staring the grim reaper straight in the eyes.  Any app discovery gains won as a result of consumers migrating to two primary OSs have been swamped by the sheer volume of apps developed and now available in the main app stores. Imagine walking into Walmart and there being 1 million items stocked on the shelves. How would anyone find your product?

In the world of physical products, unless a manufacturer has an established brand or a ton of resources, they don’t launch their product in Walmart yet every publisher rushes to get their app into iTunes and Google Play. Since getting on the shelf is the easy part, it’s much more important to get people using your quality app wherever it is they choose to shop than it is to drive people into the iTunes or Google Play stores. Getting on their shelves is a basic requirement but far from sufficient for success. Remember, your app is a commodity – if it’s not available when and where users are shopping then it’s a missed opportunity. We often hear the question “why does anyone use anything other than Google Play?”. In reality that’s precisely the wrong question to ask. The correct question is “Do you want your app to miss out on the 100s of millions of downloads that are taking place outside of Google Play?” 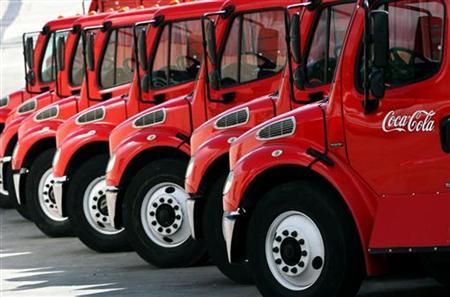 As with a softdrink, you will distribute in bottles, cans or cups (Android, iOS and Windows???) and you need to be in the grocery store, movie theater, gas station, vending machines (iTunes, Google Play, Amazon, carrier stores, etc, etc) as that is where the consumers are.

Even with a quality app, like any startup business, your odds of being successful aren’t very good. The One Platform Foundation’s Android AppStore Market Overview noted that alternative app stores significantly improve the chances of your app being discovered by consumers. “Submitting your app to alternative appstores will increase your chances of being featured by more than 20 times.” The job of any small business owners is to give their business the best chance to be successful in a highly competitive marketplace. This has never been more important than for app publishers today.

And being everywhere really means “Think global – act local”. Do not forget about language localization and the importance of this. Case studies from online gaming has shown that bounce rates can drop significantly and conversion and revenue drastically. For instance, 5% of the apps in Russia are localized, yet generate 70% of the revenue.

Finally, alternative app stores are here to stay. Why, you might ask, with Google and Apple holding such a monopoly? App stores are a key piece of the strategic plan for companies like Amazon, Nokia, Yandex, Samsung, Baidu and the list goes on. They’re investing in app stores for the long run. Enabling technologies such as the in-app commerce engine from Forbes Digital Media and innovations in app discovery that Amazon and others are driving will see shifts in both user behavior and the financial dynamics of this space. Apple and Google aren’t going anywhere soon but their grip on the consumer will lessen over time.