New years is the time of predictions for blogs, journalists and news sites, thought leaders and the like. Few of the predictions get judged a year after, and many are blatantly obvious or provide no real insight into what it means for your business, but still, it’s worth reading. We take a look at a few of the notable ones.

There are some notable sources in the mobile game arena, like research company Newzoo that revised it’s mobile gaming revenue growth up from a $35bn estimate for 2018 earlier this year to $39bn. AppAnnie predicts the app stores revenues will go past the $100bn mark. However, among the most interesting prediction articles comes from Mobile Dev Memo. They predict the following:

Spending on mobile ads is expensive, and according to Goodway Group is getting really bad: A 45% increase in cost is expected!. Combine that with Juniper’s estimates of $51m per day being wasted by fraud in 2018, signing those checks for ad spend will hurt even more.

Given the spending increase on apps overall, it is perhaps no surprise that Soomla predicts ad revenue will be more important than in-app purchase revenue.  Fittingly, they predict a focus on finding ‘ad whales’, users who are more valuable because they interact with ads etc. This is, of course, similar to whales within gaming who spend the most of the money but represent a small fraction of users. One has to wonder about whether this is a good thing though – i.e. do these whales turn into actual customers of the advertiser? If not, the impact long term will be quite negative. 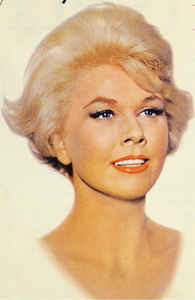 Inspired by the words from Doris Day, we know the momentum for mobile continues. App revenues will increase, China and India will dominate, even more, more people will make money, more people will steal money and more people will lose money. That’s why we do what we do – like Rocky Balboa in round 11 – we say “Hit harder!”. You’re not in the mobile industry if you are not partially enjoying pain. Happy New Year!