Since Minecraft was released in 2009, it has grown to become massively popular amongst both children and adults. The game allows its players to build and explore a world at their leisure, while constantly building and bringing their imagination to life in the form of cube structures. Minecraft has been dubbed as one of the most successful sandbox games on the market, alongside Lego Worlds, The Blockheads and Terraria. Sandbox games are type of games in which minimal character limitations are placed on the gamer which allows them to roam and change the virtual world at will. If you are looking for an alternative to Minecraft, be it an app or another computer game, then we have collected a few options that prove to be very strong Minecraft competitors.

Terraria takes on a similar style to Minecraft but with a slightly different look. As it is slightly more adventure focused, Terraria will appeal to fans of 2D, side scrolling RPG games. Like Minecraft, you will be able to explore, harvest and craft. Terraria also enables you to team up with other characters to fight fearsome bosses!

The mobile app of Survivalcraft is available for Android, iOS and Windows and looks a lot like Minecraft with there being more of a focus on surviving rather than building and exploring. This game keeps you on your toes as you have to make sure you sleep, eat and stay awake for signs of danger (such as wild animals and various weather conditions). 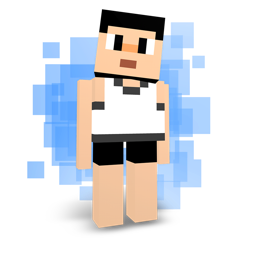 The Sandbox is a little bit different to Minecraft in that it focuses almost entirely on the creation process. It is great for fans of the creative mode available in Minecraft as it allows people to see what they can build. You will also be able to create your own worlds and view the worlds that other people have created.

Rust is similar to Survivalcraft in the way that it focuses on survival techniques. With rust there are always zombies to be conquered, animals to hunt and items to be crafted that will help your survival. The game begins with you only having access to sticks and rocks and continues to progress towards you being able to loot abandoned bunkers and find blueprints and equipment that will help you live longer.

This PC game has gained popularity with Minecraft players who also enjoy shooting games. With Guncraft you are able to create and build maps and weapons that you use to fight others in different games within the game itself.

The Blockheads is available for both iOS and Android phones and devices for free. It offers an alternative to Minecraft and features a large world with environments such as jungles that you can craft and create. The difference with this game is that, unlike Minecraft, you are able to control multiple Blockheads.

If you are feeling inspired by this post and wish to know a little bit more about real-life mining equipment, then why not explore the Sandvik website and see how miners work and what equipment they use today? Minecraft has been known to play an important role in getting kids excited to build and enter a career in this industry, so why not see where their game play could take them in the future?