First comes the notion that only a few people pay for gaming content at all, and playing the ad supported revenue game, where millions of installs are required to make money, is not something most developers can play.  TechCrunch certainly feel it’s a market where only the big can play, where you need at least 10 titles (with $1m in budget for each development(!)) in order to “make it”. That’s of course if you aim to be in the top 10 (or 50) publisher list globally.

But there is evidence hinting that greener pastures are coming.  First, paid content is growing. 239 billion apps will be downloaded this year, and revenues are expected to climb to $99bn in 4 years. That is fairly significant (in perspective, the total console gaming market for 2014 was slightly less).

Second is that Android is becoming as profitable as iPhone. That is good news, as there are a lot(!) more Android devices around than iOS. Android LTV has jumped from 20% to 60% of iOS in one year.

In the end, it comes down to the fundamentals:  First you need a product that is of a very high quality (i.e. works well, loads quick, does not crash etc) and has a high entertainment value (somewhat hard to predict, but practice makes perfect. It took Rovio 51 attempts before Angry Birds).  Second you need to understand which revenue model works best. If you are starting small, then reading case studies like the one from Andrea Bizzotto is a good start. Case studies provide a great learning platform to figure out what works well, and some of the best highlight tricks from people who’ve driven millions of downloads. 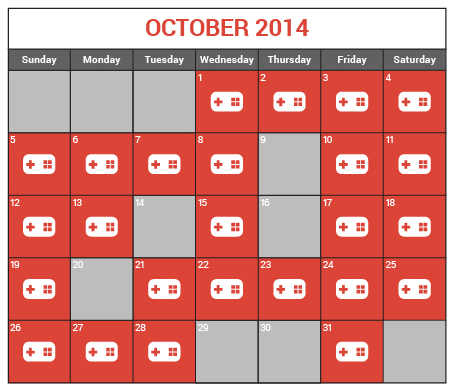 It is no doubt that the games genre is becoming mainstream. Minecraft was the second most searched topic on YouTube in 2014.  There is a general agreement in the industry that gaming is moving towards mobile, so the potential for windfall is there.  Mobile games content revenue is currently outgrowing all other digital revenue.

According to various estimates, there are over 5m mobile app developers out there, perhaps as many a 8m. Only a few will succeed and make it to the big leagues. Less than 2% of college football players make it to the NFL as well. That does not stop players from trying. We think it’s a good time to be or become a mobile games developer – but you need to be as smart about your business as you are about the app. We’re here to help on the first part, the second part is all you.