Games, apps and profitability – How to succeed in the apps world

Articles on the profitability of app making never seem to stop. A barrage of data has been released lately that posts a picture that could be interpreted either way as an app developer. Games still drive the majority of the attention for app revenues and profitability, so naturally the focus is on this genre.

The downside of recent statistics from eMarketer is perhaps that only 33% of users in the US are expected to pay for apps this year.  However, this needle has not moved much over the years, and is not expected to move much. It is well known among games developers that the lions share of the revenue will come from a small subset of users anyway. eMarketer also points out that in-app purchases is the best revenue model – again, not a shocker.

On the brighter side, Android is seemingly catching up to the profitability per user compared to iOS: 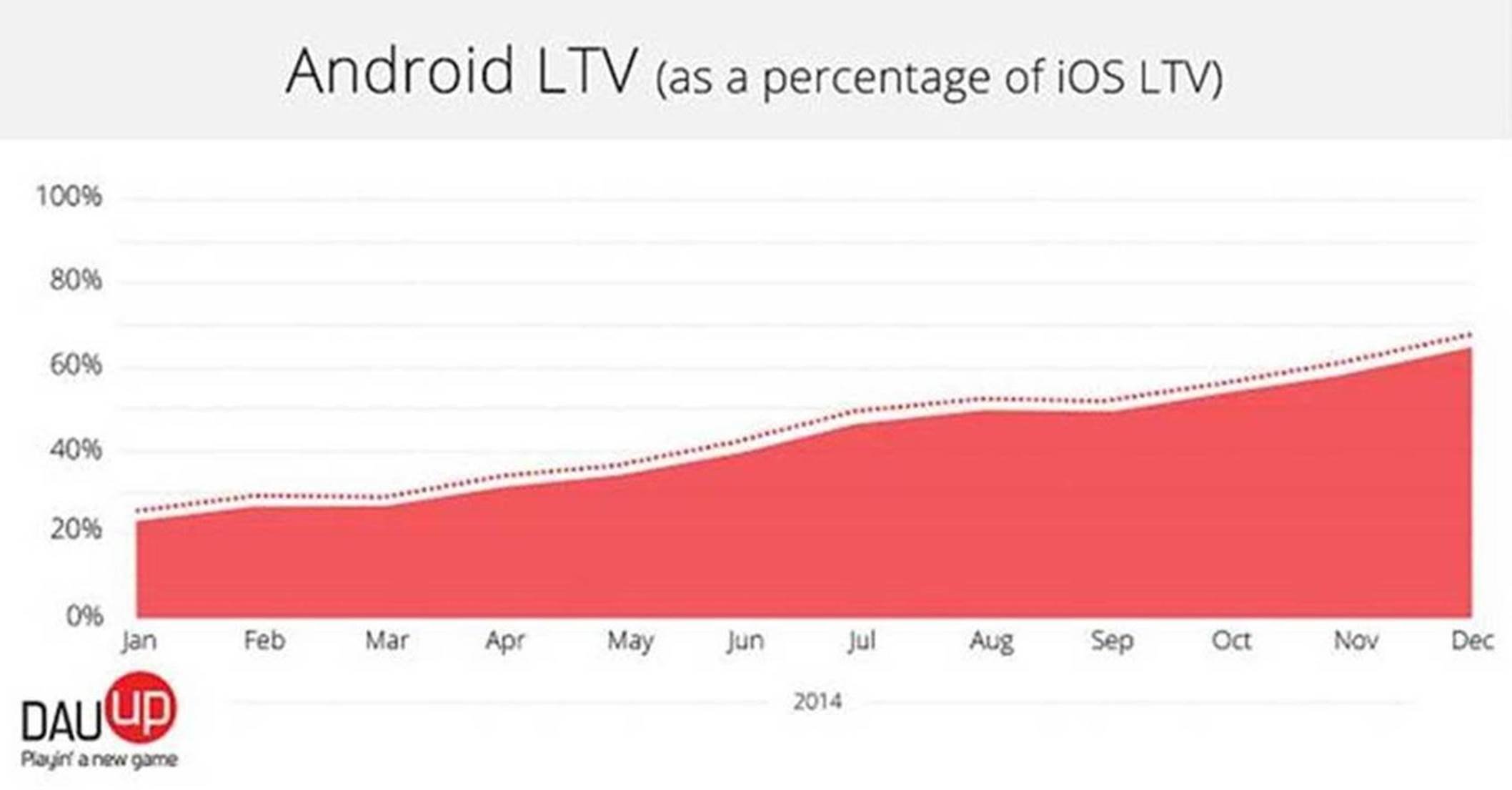 This is good news given the staggering size of the Android market. Research by DAU UP, if accurate, shows to a 3x increase in relative ARPU in 2014, which if true, is quite staggering. More importantly though, the advertising costs on Android is 20-50% lower than iOS, proving that the ROI for Android is increasingly looking better.

So what does it mean for a games developer?  Tadhg Kelly, a consultant in this space, argues in a TechCrunch article littered with case studies that gaming may not be a high growth business, but that there is inherent potential in mobile gaming but that it is very much a hit based media business:

“Many of the big success stories of the games industry tend to come from nowhere before the facts are known. From Atari all the way through to Zynga and beyond, our history is littered with the unlikely gamble, the hunch and the “I just need you to believe” sort of moments that transform into billion dollar fortunes.”

Regardless of the stats presented and what you believe, there is no doubt the importance of mobile apps (and gaming) is becoming significant. According to eMarketer, games revenue steadily represents about 12% of total mobile app revenue, and the games market, and therefore overall market grew nearly 20% last year and will still maintain double digit growth for 2015. This is good news for all.