Is the carrier app store making a comeback?

News of a potential new app store from Verizon has caused at least what is called a marginal stir in the US wireless community. The tech press and analysts are not exactly believers though.  Why is this the case? Are mobile operators doomed to fail yet again? Perhaps there are driving forces simply requiring them to not fail at this time and that the carrier app store will rise again.

CNet reported that analyst Sameet Sinha said carriers should not focus on building stores because it would require “too much change in consumer behavior”.  Right. That’s kind of saying why build Facebook when MySpace is dominating the world. Or why bother creating an Instagram, when there is a perfectly good photo upload alternative everyone is using. 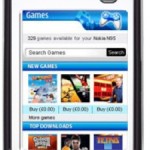 Granted, mobile operators have failed before. And long before the 2010 example referred to in the CNet article. Long before APP stores there were WAP stores. Same s… different wrapping. Did they succeed? In terms of building global markets? Not at all. Insane revenue models and barriers between the operators ensured that. Did they make money for the operators?  That is a mixed bag. Some like the operator 3 made tons of money on content, while others – arguably the majority – lost out eventually (how many successful operator stores outside of China, Korea or Japan can you name that is currently alive today? Feel free to comment).

But while they may not have much historical success, the decline of the mobile operator’s core businesses (voice, messaging, data – which is increasing in volume but margin getting thinner) means they need to search for a new stream – a 4th wave of revenue. While an app store may only be part of that, it certainly means they have a strong need to start understanding the digital consumer in a whole different way.

Mobile operators are in perfect position to do what is required – change consumer behavior and entice the user to come to their store.  They can market to the users physically through their own retail locations, they can reach them cheaply with email, SMS, MMS, monthly bills – and they can preload phones and put materials in the phone box. But it requires them to think like a media company. It requires them to think on how they can bundle content, drive promotions, give better revenue shares and operate more successful developer programs (yes, developers no longer beg to come to them, they have to beg). Many operators may not be set up for this, but history has taught them that partnering with companies that do may be the trick (or just buy them).  Whether they will succeed in any larger scale remains to be seen, but that they will keep trying, and that some will succeed, is quite likely to happen.