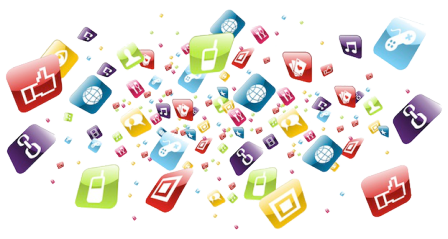 For any app publisher, acquiring new users is consistently an area of focus. For those publishers with larger budgets, trialing many different channels is of paramount importance. Medium and smaller size developers find that they need to be more creative and focused in their efforts but regardless of the size of the publisher, finding high quality users remains a significant challenge. With that in mind we’ve compiled a list of the top quality user acquisition channels based on our experience and discussions with developers.

Facebook Mobile Ads
The Facebook Mobile Ads product has taken the market by storm. Facebook’s reach plus their targeting capabilities make Facebook ads second to none as a tool for acquiring users. The downside for most developers is that the big publishers all recognize the power of Facebook ads and thus bid up the cost of acquiring users beyond the budget of most small developers. If you know who you’re trying to reach and have the resources to invest then you can’t go wrong with Facebook.

Ad Networks
Yes, I know this is a very broad category. There are a plethora of ad networks out there from large global players like Admob, Tapjoy and Leadbolt to regional networks like Vserv and a bit of everything in between. Targeting capabilities, while not at the level of Facebook, are typically pretty good. In addition, most ad networks have moved beyond the simplified banner ads that typified most ad networks several years ago and offer more native-like ad units. The key to successfully finding the right ad network for your app starts with understanding who your users and who you want to acquire. Once you know who your valued users are then you can seek to find ad network partners who can help you to acquire those users.

Cross-Promotions with Other Apps
This should be a part of every app marketer’s tool kit and should be at the top of the list for most smaller developers. The reality is that paying for downloads is expensive and the large publishers have driven up the cost on the most effective channels. Developers need to network and reach out to other developers serving the same audiences that you want to reach. Consider using tools like Xplode from Iddiction that allow you to easily connect your own apps to drive installs and also connect with other developers to grow your installs together. Whether it’s using new tools or building your own ad network with other developers the old fashioned way, cross-promotions can offer the best ROI for cash strapped publishers.

App Store Optimization
ASO has certainly become the rage over the last year or so and for good reason. With the proliferation of services like MobileDevHQ, Appcodes, Searchman and more, effective ASO strategies and tactics are easier than ever for developers to access. ASO experts like Stefan Bielau are sought after speakers at developer conferences and forums. Research suggests that over half of all visitors to app stores do not come with a specific app in mind and use the search function to find the apps that they end up downloading. If you’re a smaller developer trying to compete with large publishers on the top key search terms then you’re setting yourself up for failure. Effective ASO is an iterative process so don’t expect it to be a silver bullet. Invest some time in keyword research each week and give prospective users a better chance to discover your app. And don’t forget to have an awesome screenshot on offer when they find you!

App Localization
For far too many developers, localization is an afterthought. They build an app in English, submit it to iTunes or Google Play and check off worldwide distribution and then hope. For serious developers, app localization should be a standard part of developing your app. We recommend starting with your app descriptions to test which markets your app appeals to and then extending from there to the strings inside of the application. At CodeNgo we’ve partnered with Tethras, one of the leaders in app localization, to make it easy to translate your app at the same time that you’re submitting to app stores. Distimo and others have reported on the benefits of localization already. Take advantage of this low hanging fruit and see your app downloads soar.

Expanded Distribution
If your app were a beverage you would want it to be available wherever thirsty patrons shop. The same should be true for your app. While iTunes is the only real game in town for IOS, Android publishers have access to hundreds of stores. In China, where Google Play doesn’t play, you have no choice but to consider alternative stores. Collectively these alternative stores drive billions of downloads and the One Platform Foundation estimates that you’re more than 20 times more likely to be featured in these alternative stores than in Google Play. With services like CodeNgo available to help you manage all of these stores efficiently, there’s no reason why you shouldn’t get your fair share of those users.