Will the death of PSMS bring on the dawn of direct billing?

Success in in-app payments require a great deal of things coming together. First, your app has to be compelling and the item the user purchases has to be priced right and provide a value to the user.  Then the payment experience needs to be seamless.

In the now over a decade long history of mobile content, mobile billing has been an important component to achieve a great payment experience.  The simplicity of not having to fickle with user IDs or password, not having to put in a credit card number, and the speed of payment through sending an SMS enabled the entire ringtone and later game and content market.  Mobile content, and also in-app billing is typically priced fairly low, making the purchase an impulse buy, which makes the ease of payment so important: 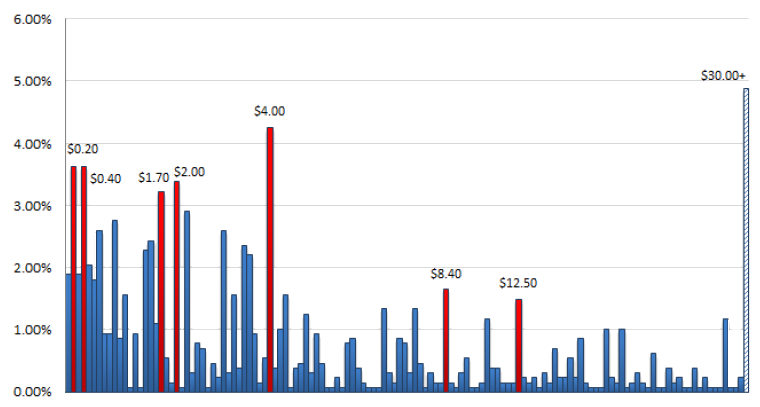 The “grandfather” of payment methods enabling this was premium SMS, or PSMS.  PSMS is still around, but increasingly it is falling out of favor, and  most recently operators in the US said enough is enough and decided to scrap PSMS altogether. Rogue content provider charging weekly subscriptions to users who thought they were paying for single items, questionable sign up mechanisms (crazy frogs anyone?) and the true cost of signing up shown in ultra-small print flashing on the screen not only caused need for detailed legislation in each market, but policing by telcos and high costs associated with complaints and refunds has made it a “love/hate” service the operators have provided.   This (along with sheer operator greed) caused pricing to be outrageous, often ranging from 40-70% of end user price, up to 90% in some markets, however given the simplicity for the user to pay, content providers simply could not ignore it. The simplicity translates directly to much higher conversion rates, highlighted by recent research by Juniper:

So while PSMS may be slowly killed by operators around the world, the focus has shifted to direct billing.  Direct billing is superior in many ways:

=> It allows for a true one-click experience, as shown in the example to the left (you can actually see two options, but clicking the green button to pay right away is clearly superior). There is no need to send or receive an SMS. This is the absolute key to convert impulsive app users

=> The rates are significantly better. US payouts on PSMS ranged from 50-55% typically, while payouts for mobile direct billing is +80%.

However, there are still a number of issues needed to be resolved before mobile direct billing wins the battle for app developers.

Supporting in-app billing across app stores and across markets require multiple integrations. This is a pain for developers, and solutions are needed. We have previously written about players like Lotaris and the OpenIAB project from Open Platform Foundation.  Companies like Bango and Fortumo also specialize in this, and have made deals with multiple app stores.

Sign-up processes are complex and need to be made simpler

Different countries have different rules for direct billing, but commonly telcos are eager to avoid the mistakes they made when rolling out PSMS.  They cannot solely rely on aggregators to police the market, so for instance in the US they put tight requirements on developers and merchants to provide complete list of all the SKUs sold.  Even though more and more developers use virtual currencies, so there is really only a few SKUs to maintain (like “Gold”), the need to constantly update and change your  game to maximize adaption and revenue will inevitably require you to change your SKUs often. How this will scale we cannot possibly see, and surely there must be better onboarding/signup processes to come.

Taxes need to be simplified

In markets where VAT has to be charged on digital goods, like most countries in Europe, you are as a merchant subject to double taxation. The telcos will deduct VAT from the payment amount, and you as a merchant will also have to submit VAT to the European governments (or the app store or billing partner has to on your behalf if they act as the merchant of record).  With European VAT ranging from 17-26%, the cost is significant, and if avoided should bring mobile direct billing down to the 15-20% range across the board.

The cost sweet spot needs to be found

While PSMS certainly enabled the market for mobile content, the low payouts pretty much forced a subscription model as content providers needed to ensure users bought more than one item to recoup user acquisition costs.  So the key to unlock a healthy market for content is most likely a minimum of 70% to the developer (while experiences from Japan and Korea has shown that larger pies of 80-90% unlocks an even larger market).  Hopefully operator greed can be avoided, and lessons learned enable less consumer complaints and costs of managing the billing, so operators can charge more normal rates.

These days of course the onus is on the app developer to ensure multiple in-app purchases rather than subscriptions to pieces of content, but the more developers keep of the pie for each purchase, the more the market will grow. As not only co-founders of CodeNgo but fathers of small kids who love playing games we even hope this can possibly reduce the need somewhat to charge for  absolutely everything within a game, to bring a bit more peace at home. One can always hope.