When words are not enough

For both iOS and Android developers today, getting your app discovered is often a bigger challenge than creating the application. With so much competition in the app stores and very limited time to make an impression on potential downloaders, doing everything possible to standout on the app store “shelves” is a perquisite for success.  Given that the text descriptions are limited, and user attention span is short, well executed screenshots may hold the key to the success of your app. Below we’ve outlined 3 steps to better screenshot marketing.

1. Your screenshot can be more than just a screenshot

One of the most overlooked opportunities by developers is to include marketing messages in your screenshots.  We recommend using words to capture and communicate the key benefit or differentiator for your app.  A brief marketing message set against a stunning backdrop is more likely to catch the eye of the millions of casual browsers in the app stores than those without. Don’t overdo it as the stores don’t want their consumers screens to be overwhelmed with ads when they’re expecting screenshots. 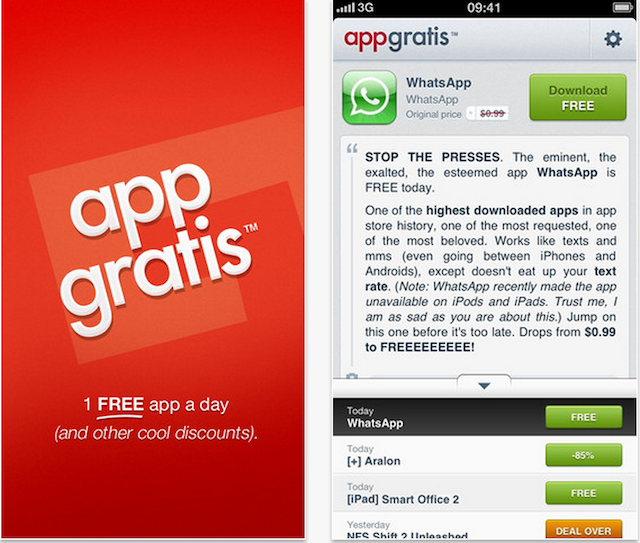 The appgratis screenshots captures stand out visually, making room for marketing messages, and capture a lot of the essence in one shot. Remember most app stores only show 1-2 of the images on the device without scrolling.

2. Go beyond the basics

Another thing we often see is that developers ignore the opportunity to supply non-required images (near 90% of our developers stick to required images). This is like getting free signage in a retail store and refusing to use it. Google Play for instance only requires 2 screenshots but you can load up to 8. Using this added real estate effectively allows you to tell your story better to interested consumers and highlight key aspects of your app that can’t be covered in just the main screenshot.

Finally, testing your screenshots to see which ones work best is highly recommended and can be done relatively cheaply.  While you cannot do simultaneous A/B testing in the app stores, you can test screenshot sequentially to evaluate their effectiveness.  In an excellent article in Pocketgamer, CodeNgo advisor Stefan Bielau discusses simple ways of testing the effectiveness of your screenshots using mobile ads and interstitial ads.