The dominance of the iTunes store and Google Play continues to maintain a strong hold on the attention of most developers but we’re seeing the smart developers and publishers begin to look beyond these 2 marketplaces to drive incremental downloads for their applications. A recent whitepaper by mobile research specialists Research2Guidance titled “Smartphone App Market 2013” concluded that “managing the app store landscape will be key for the distribution success of an app”.  Smart developers whom we speak with at CodeNgo are well aware of the benefits that come from distributing their apps beyond the big 2 players.  With Baidu’s recent $1.9bn purchase of an app store in China, there is no doubt there is real value in the alternate app store market. 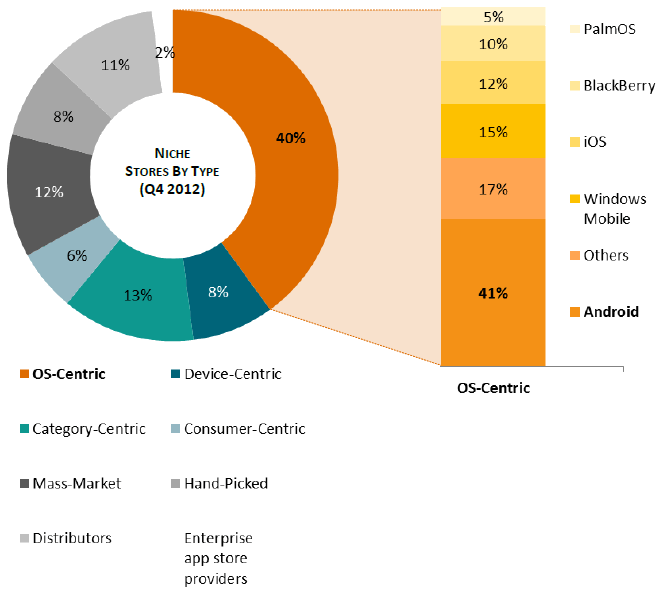 With app discovery and app marketing at the forefront of most developers’ minds, the developer services space is growing rapidly with tools and services aiming to tackle the app discovery challenge. The rapid emergence of ad networks such as Tapjoy, StartApp and LeadBolt have tended to dominate the thinking of most developers causing them to over look some of the benefits of expanded distribution.  Most experts believe that app stores will continue to remain the primary distribution channel for apps for the foreseeable future. With this in mind, expanding distribution should be considered low-hanging fruit – a standard part of every app marketing plan. This becomes even more important when results show that 70 percent of developers are unhappy with current options for advertising their app.

The report also concludes that “with the growing number of apps, we will see that new app distribution platforms emerge”. It’s almost impossible for most developers to keep track of all of the stores available and to understand the audiences that they serve.  That said, navigating and understanding the distribution equation will undoubtedly pay big dividends for the smart developers who get out in front of these opportunities. Multi-AppStore Publishing