BlackBerry to developers: Help us please!

BlackBerry is arranging a “port-a-thon” to attract developers to the new BlackBerry 10 platform. In a 36 hour event, they will put a ton of technical resources and people at disposal for developers, and they’ve opened the goodie bag: 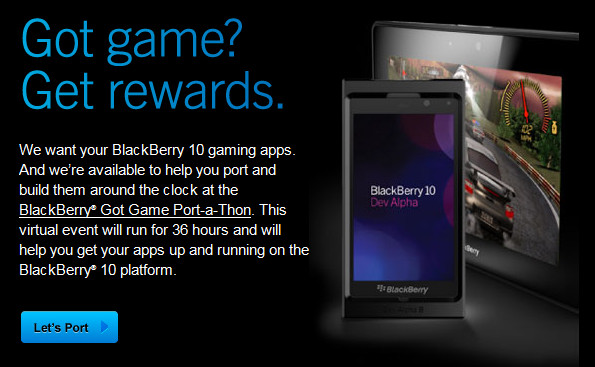 So the question is whether this will be enough to entice developers.  BlackBerry is a profitable platform, and generates significant revenues for those that are in their store, probably due to lack of apps. It is also interesting to note their heavy focus on games, no doubt due to their purchase of ScoreLoops and having Volker Hirsch head up this unit.