There have been a number of articles and research on how much less Android users spend vs iOS users. The latest research from Lightspeed Research confirms that this is still the case: 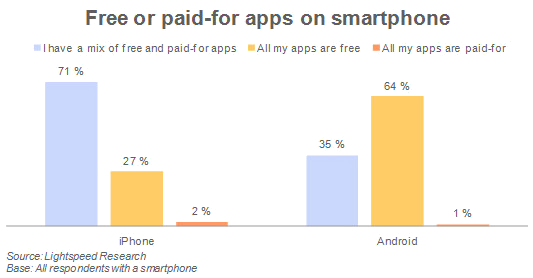 Now with Android currently being the dominant OS, you would think that demographically both Android and iOS should represent a broad selection of the population, and that most mobile operators subsidize iPhones, so the argument that iPhone users are more affluent is not so relevant anymore.

What could a possible explanation be? Well one could certainly be that the ratio of free vs paid is much higher among Android apps: 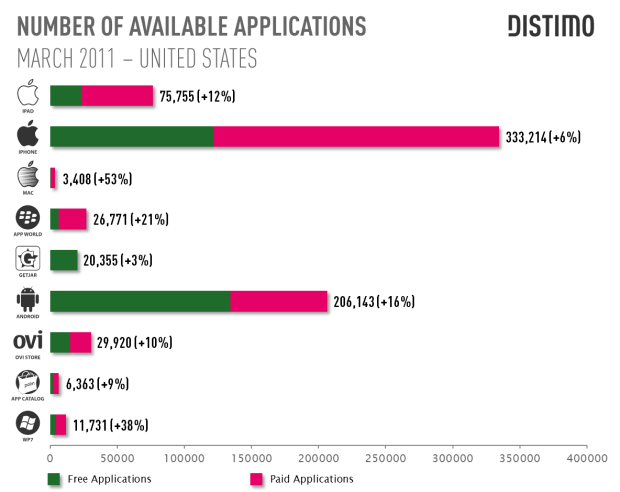 Others have attempted to analyze other factors, such as developer support in terms of the cost (fee charged to submit), SDK, fragmentation, number of apps, cloud offering of Apple vs Google, the UI of the stores and more. Certainly these are factors, but we also believe that perhaps the most important feature is the ease of payment that comes with iTunes.  One cannot ignore the +200m credit cards on file that allows for paying with simply entering your password and confirm. Google has a shady reputation with their wallet, which does not help them.  Fragmentation in payments is a huge problem, and app stores that mandate their own in-app billing SDKs or do not provide adequate trust and ease of payment will make it difficult not only for themselves, but for the operating system and eco-system as a whole.