Both Google and Amazon are touting subscription as the thing you should be looking at if you are a mobile app developer. The principle is quite simple as described by Amazon: 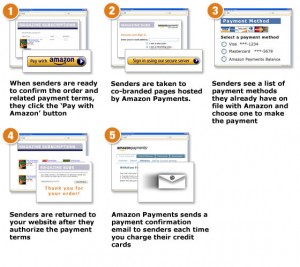 So essentially it allows you to set up a recurring charge, but with very little other functionality.

Google’s subscription is more advanced and ties in with Google Play so users can see what they have subscribed to. Google allows you do to monthly or annual billing. Upon cancellation by the user, the user can use the subscription until the end of the term. So this looks all good an exciting. And what app developer would not be happy to get customers who keep on paying? Well, before you consider subscription billing, we at CodeNgo recommend you consider three things before you launch an app with it.

1. Subscription and mobile does not have a good history

Remember the days of the ringtone subscription? Users were enticed to download a ringtone, and in the process signed up to pay $5 per week for perhaps 5+ ringtones, when most users really wanted just the one ringtone and barely realized they subscribed. In every market fortunes were built on acquiring users who stayed +12 week on a subscription plan (catch us over a beer for more details on this one :)) which covered the user acquisition costs and made it possible to have a profitable business with a billing method that saw 50% or more going to mobile operators.

So you may be thinking “But this is different!”. Yes indeed, the market has matured and so have buyers and content providers. At least some. But it does not take too many shark like content providers – and not too many upset parents who find out their kids subscribed to a pricey monthly package – to restart the regulatory issues that at least when mobile billing was concerned had the oversight of mobile operators.

Subscriptions are a natural fit for certain types of content, such as magazines or other types of content that gets refreshed regularly. Social games may or may not fit the bill depending on the type of game – and consider that the majority of the online social gaming guys use item billing at the moment even though subscription billing on web has been available for some time. If you have a piece of content lending itself to the model – by all means, but don’t use subscriptions purely to try and increase the amount of money you can draw from users.

3. Understand what subscriptions means for your business

This third area is arguably the most important. One off purchases are light years less complex to deal with from a business model perspective. Usually if the user gets what they want, they understand they have to pay and even though they may be unhappy, they will likely not ask for a refund unless there is a bug.

And asking for a refund for instance in Google Play is straight forward, as users can ask for a refund within 15 minutes of purchase. Not so with subscriptions, as they have to be done by the developer. So you had better be prepared for increased customer support requests.

Also, consider that for instance, Google’s set-up is such that when a user un-installs the app, the subscription continues, so even despite the fact that users are warned the subscriptions are active, this could quickly become a customer support nightmare.

Besides increased customer support, you will also need back-end systems to manage this. As Google points out:

“As a best practice, we recommend that your app includes business logic to notify your backend servers of subscription purchases, tokens, and any billing errors that may occur. Your backend servers can use the server-side API to query and update your records and follow up with customers directly, if needed.”

So while we are excited that subscription models are now possible in-app, we are cautiously optimistic to the premise. In a sense, this is yet another fragmentation layer – one of business models, that adds to the multiple levels of fragmentation already existing in mobile. But at least this one is built around monetization rather than technology platforms 🙂